Hello friends! My name is Melissa, and I blog about my physical disability, love and life over at So About What I Said. I am so excited that Alexandra and I are guest posting for each other. If you read my blog, you know that I’m a pretty big pop culture junkie, so I thought it was only natural that I write about one of my favorite things today — romantic comedies. Ahhh, nothing says summer quite like a love and romance, does it? Long days for long, hand-in-hand walks on the beach. Warm evenings for gazing up at the stars. And, of course, sharing a large popcorn at the movie theater. I grew up on a diet rich in romantic comedies, but like anything, I have my favorites that top the list. So, friends, here are my Top 4 Favorite Romantic Comedies that will get your heart pitter-pattering just a little bit faster — don’t say I didn’t warn you… 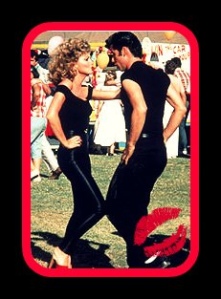 Ahh, yes, perhaps the ultimate in romantic fun — and even better, the bad boy-meets good girl love story is set to toe-tapping music. I used to sing Summer Nights and pretend I was Sandy pensively thinking of Danny. The film touched on so many adolescent issues, but the biggest question? Do you like Danny in his leather jacket days or his buttoned-up sweater days? Such decisions…

This movie came out when I was a sophomore or junior in high school, and…well. I. Was. Julia. Robert’s. Character. The perils of being the girl friend and not the girlfriend was something I knew all too well. And having so much that you would like to say, but knowing that you can’t — and that if you do, it probably create a huge divide of awkwardness that you’ll never be able to go back from. So you sit there with a smile plastered on your face, wondering how things would have turned out if only you’d had the courage to say something — anything — sooner. 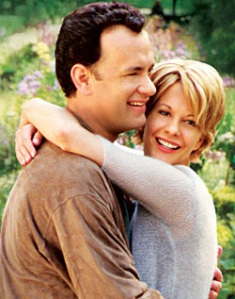 Perhaps the first movie to put social media (did they even use that term back then?) at the center of matchmaking. I love the combo of Tom Hanks and Meg Ryan and the whole idea of getting to know each other through letters. Sounds romantic, doesn’t it?

Does it really get any better than Lloyd Dobler standing outside your window blasting In Your Eyes? That movie signaled a victory for nerds everywhere, and I know I’m still on the lookout for my Lloyd Dobler.

So, friends, what are your favorite rom-coms? Which ones describe your life perfectly? I’d love to hear your story. xoxo

I was asked if I would be willing to accept a guest post. I definitely am always open to the idea, but of course it has to be something that relates to my passions! I found this Thailand travel piece quite interesting and intriguing. A special guest has written a travel story about his improved warning systems through his experience with earthquakes in Khao Lak!  Here it is: 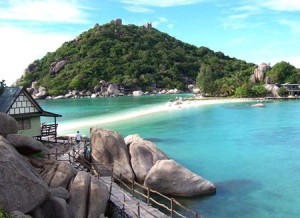 “I recently returned from a vacation with my family to Thailand. We wanted to escape the cold weather of Europe and I had some vacation time due me. We had never been to Thailand before, so we thought we would stick to the beaten path rather than try some far-flung destination.

We settled upon Khao Lak. I had read about it being near Phuket airport, but being more family-friendly and cheaper than Phuket. We took a flight from Bangkok to Phuket and then hired a taxi to take us the 60 km to the main town of Nang Thong in the Khao Lak. I thought the taxi was a bit expensive, but then I always seemed to get slightly ripped-off when I catch transport from an airport.

We got to Khao Lak Orchid Resort by mid-afternoon. It was a big resort with great facilities. I was surprised at how developed Nang Thong beach was. It seemed full its entire length with businesses. Out hotel was a bit away from the center, and half way to the next beach of Khuk Khak. The less people and the more beach and sea to enjoy uninterrupted is ideal in my opinion.

The hotel staff was helpful. They found us a cot for the baby and introduced us to a babysitter. Nobody spoke perfect English, but enough to make communication of most ideas simple.

The following day we had a relaxing time on the beach. The day after there was an earthquake. We were in the restaurant and could see the table cutlery shake.

It was then that I remembered about the Indian Ocean Tsunami. Hadn’t it hit, here in Khao Lak? My wife started to get worried even though the shaking soon subsided. My reaction was probably wrong. I went towards the beach. I wanted to see the water: a few waves; nothing out of the ordinary.

One of the staff came up to our table in the empty dining room and explained that there had been an evacuation order.

We calmly got the kid and our day bag and got in the back of a taxi and started to drive in land. There was more activity on the streets, but there wasn’t a sense of panic.

We waited a few kilometers inland at a cafe for an hour. There were other people from our hotel waiting there. The general consensus was that the hotel had done a good job of getting everyone evacuated even though it was a false alarm.

I read on the internet the next day that the earthquake had hit in the same place as in 2004 with an intensity over 8, but the quake was shallow and not the type to cause a tsunami.

Over the next few days there were a few aftershocks. I didn’t get worried about these.

Other than the shaking ground I would recommend Khao Lak to anyone with children. The hotel where we stayed had plenty for the kid to enjoy. Moreover, the main town is good for restaurants and shops but doesn’t have a sleazy feel to it like other places in Thailand. My only warning is be aware that it is an earthquake prone area.”